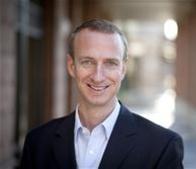 When not practicing law, Chris can be found flying De Havilland DHC2, DHC-2MKIII, and DHC3-T floatplanes on scheduled and charter flights throughout Puget Sound and British Columbia as a commercial pilot for a prominent Seattle-based Part 135 carrier, where he has accrued several thousand hours of flight time. Chris is a commercial multi-engine instrument-rated pilot with single-engine land and sea ratings.  As a certified flight instructor, Chris has provided hundreds of hours of seaplane flight instruction to other pilots.